"The 68-page report, also available in summary as a PowerPoint presentation, is based on a survey of more than 1,100 companies carried out in September 2009. Respondents include client-side digital marketers and communications professionals, as well as digital and PR agencies.

The report findings are divided into the following sections:

Well, that's one way to cut down on mobile data traffic in New York. The iPhone is no longer available for sale via the AT&T Web site for residents in the New York metro area, according to widespread reports online late Sunday and Monday.

People with ZIP codes in New York City, Westchester County and New Jersey suburbs who try to buy the Apple smartphone through the AT&T site receive a message that the device is "not available in your area."

Asked about iPhone sales being blocked on its site for New York residents, AT&T issued a statement, saying: "We periodically modify our promotions and distribution channels. The iPhone is available in our New York retail stores and those of our partners."

The Consumerist, the blog first reporting the halt to online sales, was initially told by an AT&T representative that the iPhone wasn't offered "because New York is not ready for the iPhone." The New York Times was subsequently told the iPhone wasn't available in certain ZIP codes "due to increased fraudulent activity," before being given the latest explanation about AT&T changing its promotions and distribution methods.

Whatever the reason, the incident won't do much to dispel the view that AT&T is having a hard time keeping up with demand from heavy data-consuming iPhone users, especially in major markets like New York and San Francisco. Earlier this month, Ralph de la Vega, president and CEO of mobility and consumer markets at AT&T, promised to improve service soon in the two iPhone-centric cities through various network upgrades being undertaken into next year.

He also suggested that AT&T might have to consider some type of usage-based pricing for smartphone users to help reduce the strain on its overtaxed network.

AT&T on Monday did not say whether, or when, the iPhone would be available again through its online store for New York-area consumers.

Update: By Monday afternoon, New York area residents were again able to purchase iPhones through AT&T's site. The company had no further comment on iPhone sales being temporarily suspended on the site.

2009 took a toll among traditional media companies, with a record number of bankruptcies among newspaper publishers. Some are set to continue into 2010, despite assurances from top executives that they would be resolved before year's end.

The biggest ongoing newspaper bankruptcy is Tribune Co.'s Chapter 11 bankruptcy protection, which celebrated its first anniversary on Dec. 8, two years after the ill-fated deal engineered by Sam Zell to take the company private as an employee-owned business at a cost of $8.8 billion.

As chairman and CEO, Zell came to rue his role in the highly leveraged deal, which gave new meaning to his self-bestowed nickname, "the grave dancer." Originally vowing not to sell the Chicago Cubs franchise in 2007, Zell changed his tune amid collapsing newspaper ad revenues in 2008. After Mark Cuban's $1.1 billion bid was derailed by accusations of insider trading, Zell found the auction (suddenly a dire necessity) blocked by the global credit crisis.

Tribune's borrowing covenants required the company to maintain a proportion of cash flow to total debt of no less than 1-to-9 through 2008, tightening to 8.75-to-1 in the first quarter of 2009. Failure to sell the Cubs forced Tribune Co. to file for Chapter 11 bankruptcy protection in December 2008.

In April 2009, Zell admitted in an interview with Bloomberg TV that buying the company was "a mistake," but as late as July 2009, still held out hope that Tribune would exit Chapter 11 before the end of the year -- pointing to the long-anticipated sale of the Cubs franchise, which finally went to the Ricketts family for $845 million in October, after tentative deals failed to close in January, July, and August.

By fall, however, he had retreated from that prediction as the original bankruptcy plan was complicated by rival legal claims. In late November, the presiding judge gave Tribune until the end of February to come up with a reorganization plan, but this decision is being challenged by senior creditors led by JPMorgan Chase -- whose move to take control of the company is being challenged, in turn, by junior creditors who allege the whole deal was insolvent from the start and thus a "fraudulent conveyance."

Surveying the emerging conflict, Zell said in an October interview that he now hoped Tribune would exit bankruptcy sometime in early 2010, adding this was "certainly the most amount of money I've ever lost in a single deal." Earlier this month, he handed off his duties as CEO to his lieutenant Randy Michaels, a former radio executive who has served as Tribune's COO since May 2008.

Tribune has plenty of company in the financial doghouse -- especially from other publishers that made the mistake of entering into highly leveraged takeover deals at the height of the credit bubble, just before newspaper ad revenues collapsed.

This list includes Philadelphia Newspapers, a subsidiary of Philadelphia Media Holdings, which bought The Philadelphia Inquirer and Philadelphia Daily News from McClatchy in a $562 million deal engineered by ad and PR mogul Brian Tierney in 2006.

Although Tierney was hopeful the company could exit bankruptcy by the summer, like Tribune Co., his management team has been challenged by creditors for control of the company in a high-profile legal struggle, which brought accusations of corporate espionage through computer hacking and illegal recording of conversations, as well as a reprimand to both sides from the bankruptcy court judge for failing to negotiate in good faith.

In June, the court granted Tierney a three-month extension to file a new plan for exiting bankruptcy by September, but Tierney's plan -- which calls for raising more money from new and existing (friendly) creditors and settling the claims of other (hostile) creditors with a $67 million payment -- has been challenged by the latter group, who are owed a total of $300 million.

Currently, a federal appeals court is considering the hostile creditors' argument that they should be allowed to use the $300 million debt to bid for the company in the planned bankruptcy auction. Previously, a district court sided with the current owners' claim that management can insist on actual cash bids rather than credit.

Freedom Communications' bankruptcy, which began in September, also seems likely to drag on into the New Year. The publisher of the Orange County Register initially hoped for a relatively quick resolution by filing a "pre-packaged" bankruptcy plan that would turn over the majority of the company to senior lenders in lieu of $770 million in debt.

Although the majority of secured lenders had approved of this plan, unsecured lenders successfully challenged the arrangement and were granted the right to file an alternative bankruptcy plan earlier this month.

2009 also saw a number of bankruptcy proceedings that were resolved by the end of the year.

The Sun-Times Media Group, which publishes the Chicago Sun-Times , filed for bankruptcy in March and was purchased by Chicago businessman James Tyree in October, following significant concessions by unions representing workers at the newspaper.

The Journal Register Co., which filed for bankruptcy in February, exited in August with a deal that canceled the company's stock and handed it over to creditors -- including J.P. Morgan Chase, which agreed to accept $225 million of debt payments instead of the total $700 million they were actually owed.

Finally, in January, Star Tribune Holdings declared bankruptcy; in September, ownership passed from Avista Capital Partners to lenders including Angelo, Gordon and Co., in a deal that reduced the debt owed to them from $480 million to $100 million. 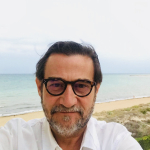