This weekend, Facebook’s head of advertising, Rob Goldman, caused a firestorm on Twitter, a “tweetstorm” when, in an attempt to defend his company’s role in the Russian disinformation campaign, he affirmed that the Russians weren´t trying to get Trump elected but rather were trying to divide the U.S. population. Trump himself picked up on the posts and used them to again denounce the “Fake News Media” via Twitter. Goldman’s posts, which did not go through any internal review and were posted from his personal account, overly simplified the results of a very complex investigation the details of which only those... Read more →

Well, that's one way to cut down on mobile data traffic in New York. The iPhone is no longer available for sale via the AT&T Web site for residents in the New York metro area, according to widespread reports online late Sunday and Monday. People with ZIP codes in New York City, Westchester County and New Jersey suburbs who try to buy the Apple smartphone through the AT&T site receive a message that the device is "not available in your area." Asked about iPhone sales being blocked on its site for New York residents, AT&T issued a statement, saying: "We... Read more →

Read in MediaPost Publication 2009 took a toll among traditional media companies, with a record number of bankruptcies among newspaper publishers. Some are set to continue into 2010, despite assurances from top executives that they would be resolved before year's end. The biggest ongoing newspaper bankruptcy is Tribune Co.'s Chapter 11 bankruptcy protection, which celebrated its first anniversary on Dec. 8, two years after the ill-fated deal engineered by Sam Zell to take the company private as an employee-owned business at a cost of $8.8 billion. As chairman and CEO, Zell came to rue his role in the highly leveraged... Read more → 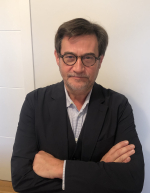